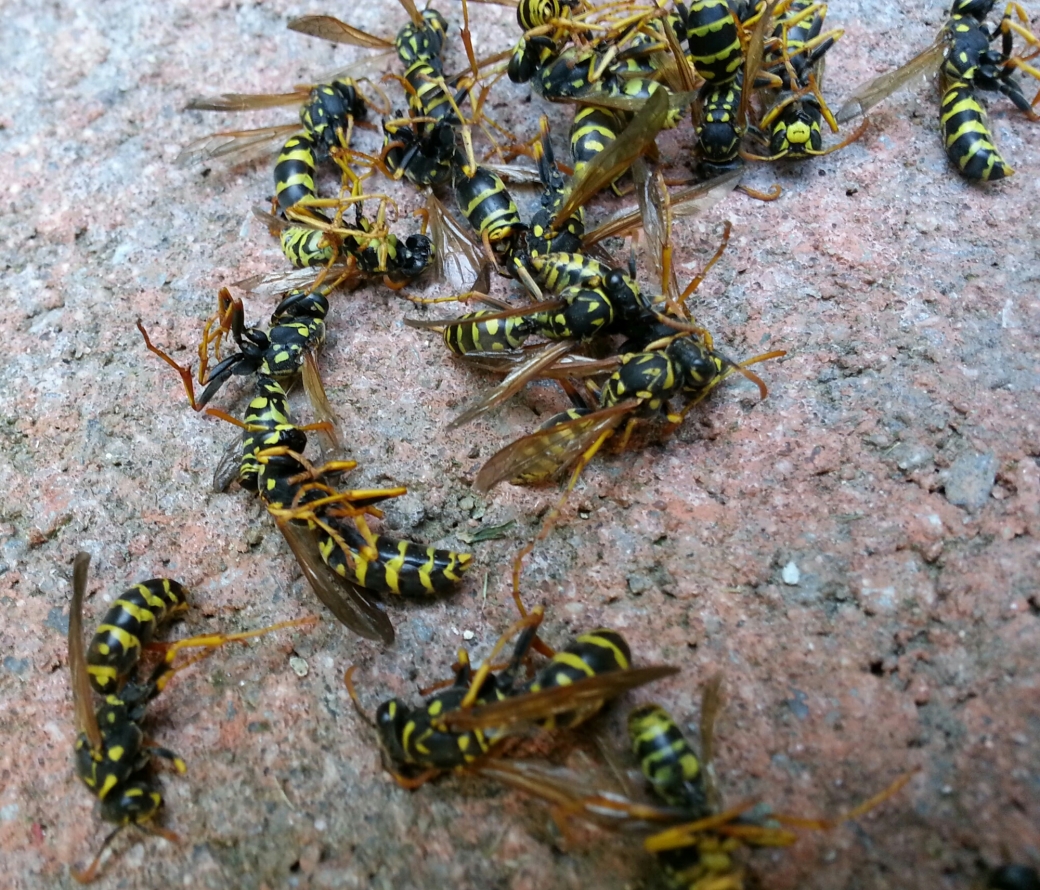 The formal yellow and black tie event was hosted by the royalty of the workers union to address a swarm of concerns associated with questionable colony conditions and monotonous job descriptions.
A collection of bumbling scaramouch characters, feeling the assembly was droning on and accomplishing nothing, imbibed at the open nectar bar only to later embarrass themselves by passing out on a distant patio.
(Photo: Edward Roads)