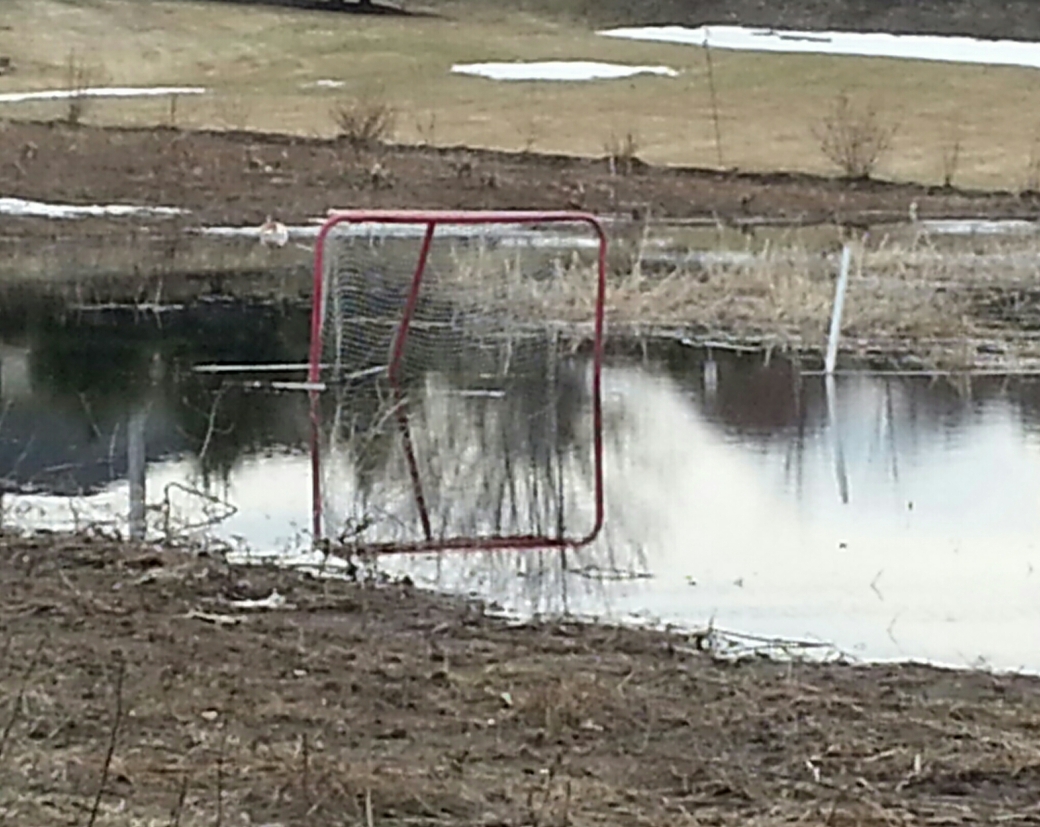 An air freshener-like smell of pine, from the abandoned mill across the street, continued to linger above what was now a simple shallow pond devoid of aspiring hockey players.
After several spirited weeks of perpetual ice, the boys with blades, as they were called, knew mother nature had finally put the kibosh on another season of camaraderie and kinetic kinship.
(Photo: Edward Roads)